After a rowdy night of celebration, a man has found himself snoring drunkenly in the Valentine jail cell with a massive headache. Initially intending to let him go in the morning, it didn’t take the Sheriff long to realize whom they had arrested; none other than Duke, notorious leader of The Regulators. A telegram was dispatched that same night and arrangements were made to deliver the prisoner to a nearby secure location in order to hand him off to a group of Pinkerton agents, who will then attempt to deliver the prisoner to Fort Wallace for execution. The Regulators have gotten word of this, and while they are unaware of the handoff location, they have mustered a group to ride out and attempt to spring their leader from the clutches of the law, and hopefully from the firing squad awaiting him at Fort Wallace. Will their efforts be enough, and will they be in time?

– The Sheriff (Unster) will deliver the prisoner (Duke) with the aid of a Deputy, to an undisclosed location near Valentine, to hand the prisoner off to a group of Pinkertons.

Objective: The Sheriff and Deputy will deliver the prisoner to a location near Valentine for handoff. Expecting interference, they will be traveling incognito to the undisclosed location. If located they cannot be attacked immediately, but can be followed to the location for the handoff, at which point an attempt to spring Duke free can be made there, or the Regulators can choose to wait and set up an ambush on the road. The event ends when one team successfully delivers Duke to their specific location. For the Pinkertons this will be Fort Wallace, and for The Regulators this will be Emerald Ranch. Once the Handoff is made, the Sheriff and Deputy will switch outfits and join the Pinkertons.

**This means the action can’t officially start until the prisoner handoff is made!**

As the prisoner, Duke will be considered ‘unarmed’ and ‘shackled’ while in custody. If at any point he is ‘freed’ (determined simply by being in escort or close proximity to one or more living Regulators) he is allowed to ride with someone and permitted one pistol. If at any point he is ‘recaptured’ via lasso and hogtie, he is considered captured and disarmed until such a point he might find himself freed again by a Regulator. 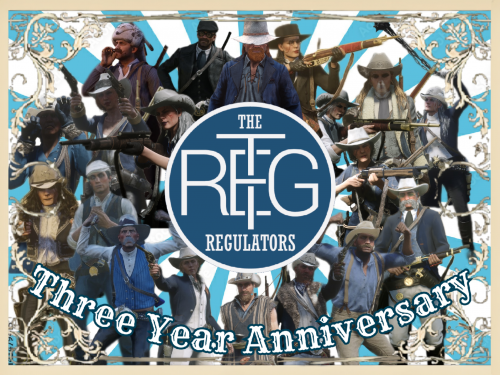