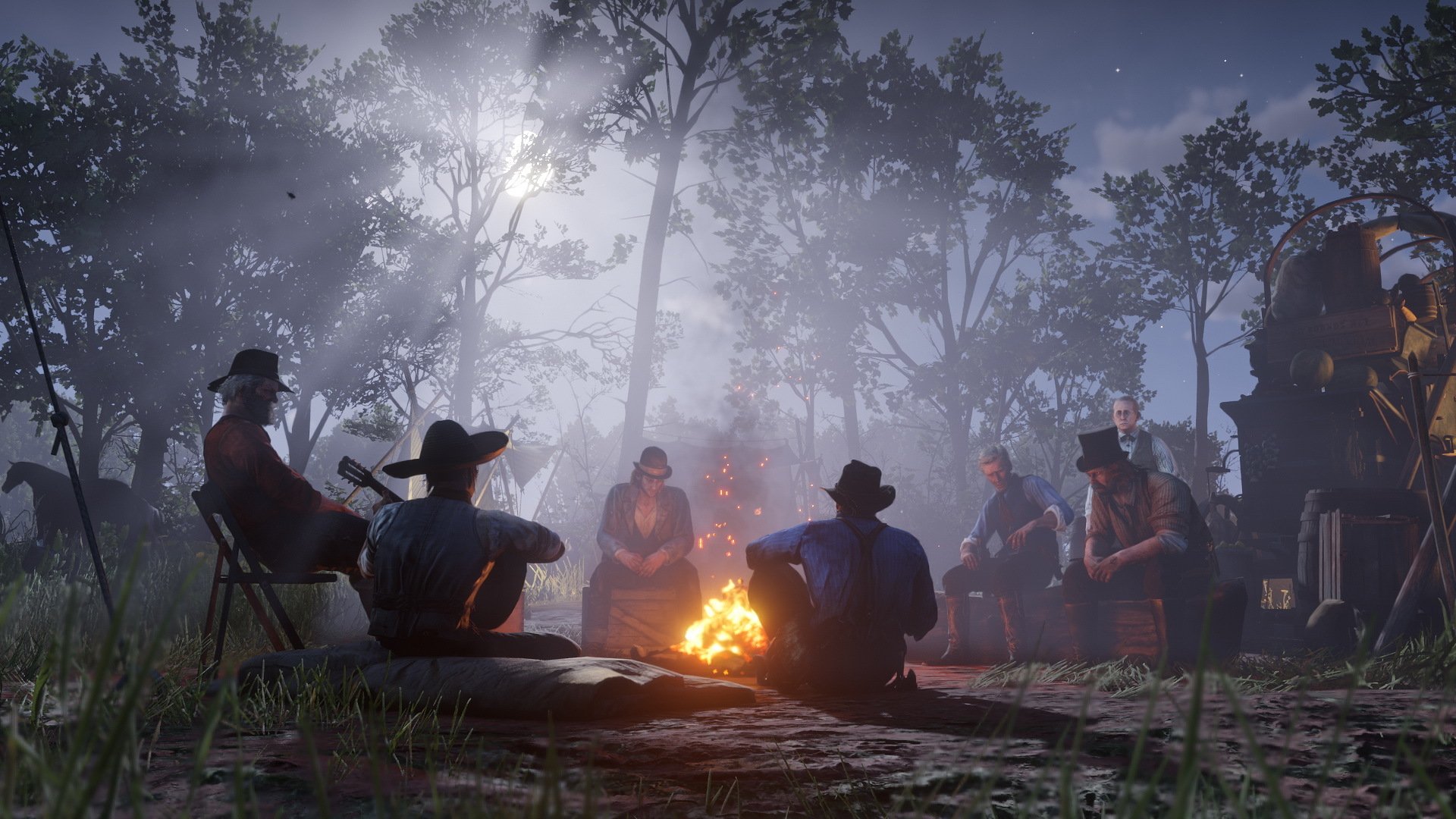 The Regulators Love to Have Fun!

The Regulators love to have fun, whether it is at an event, battling rival crews, or running bounties, collections, or sales. While we take our sales seriously, that doesn’t mean we don’t have any fun. In fact, some of the funniest experiences occur during our sales deliveries. You never know when a wagon is going to catch some air, or if someone will spot a legendary creature as soon as we start. And there is always the threat of another posse trying to steal the sale!

On a recent delivery, we were treated to a first-class dance display by our very own KoolaidJazz, also known across the lands as the legendary Pistol Feet! The sale started out as any other. A few bandits tried attacking the wagon as we neared Flatneck Station around midnight. As the moon appeared high above the clouds, Koolaidjazz hopped on board the back of the delivery wagon and began knocking out a set of dance moves that would put most professionals to shame, all the while helping to polish off the bandits with his sniping skills.

The sale ended up being a total success, and as the morning sun crested the horizon, the posse headed back to camp for a well-earned break and bowl of stew. As the posse was chowing down, old Pistol Feet himself began tapping out a beat on his tin stew bowl. Soon the rest of the posse was in sync, downing their bowls of Saint Denis stew in rhythm.

It only took a little urging to get Koolaidjazz to hold an impromptu dance class, with him demonstrating some of his basic moves at first, and then showing off progressively more intricate dance patterns. It was easy to see why he is called Pistol Feet – those feet and ten toes can tap out faster than any cowboy could shoot! Not being content with that, Koolaidjazz and the rest of the posse called in their horses, and soon both the posse, and their horses, were all dancing as one. As impressed as everyone present was, we all found it hilariously funny, and a lot of laughs were had. I think it’s safe to say we are all looking forward to another delivery sale / dance exposition!